Davy Arnaud, I'm Callin' You Out

Share All sharing options for: Davy Arnaud, I'm Callin' You Out 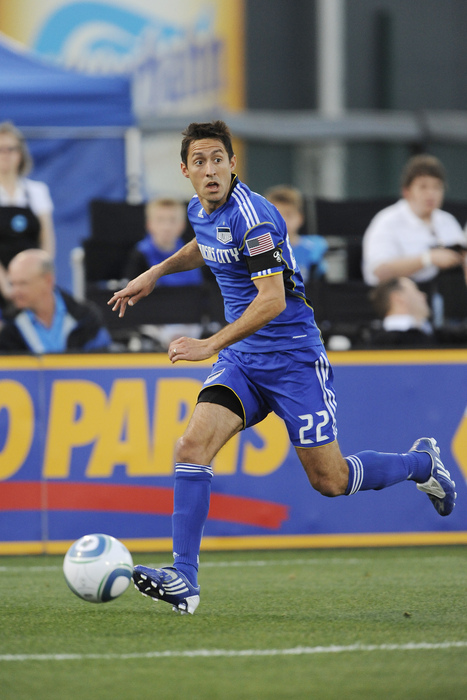 Now, normally I'm not the type to go all postal on a player for letting his performance slip. It happens, and I realize that. "Form is temporary, class is permanent." That's what the announcers on FIFA '10 say, right? So, what are you gonna do?

But, watching this Wizards team week in and week out, I've finally reached the point where the frustration has become unbarable. To have scored only 11 goals in 14 league games, that's downright pathetic, and embarrassing. But, more than anything, it's an indictment on a player responsible for creating goals and opportunities on goal for the squad's forwards. Yeah, you guessed it - Davy Arnaud.

So Davy, just listen up now, ya hear?

To this point in your career, you've really got to be considered one of the better players in Wizards history. Halfway through your 9th season, you've appeared in 214 MLS games in a Wizards uniform. You've scored 42 goals. As a midfielder, a goal every fifth game is a rather nice scoring rate. You've (officially) been credited with assists on 34 more.

You were the pseudo-savior in 2004 when Preki went down and you lead us to a U.S. Open Cup trophy, tying for 2nd in goals (3) in the process. You've appeared in 7 U.S. men's national team games. You've even scored a goal while dawning the colors of your country. Do you know what sort of feat that is? I would kill (literally kill) to be able to say I've done that. Like Ron Burgundy says, you're kind of a big deal. Now, can you start playing like it, instead of it just letting it be a known fact?

You're the captain of this team. Act like it.

You're a fiery guy and a player that shows his emotion on his sleeves and gives it his all every game. I get that. But, if I see you make one more completely ridiculous challenge on a ball that the goalkeeper is clearly favored to win and you get red carded in the 30th minute, on the road no less, I'm going to lose it. If you can't sense when you've gone far enough debating with the referee about a call that didn't go your way and you get red carded again, I'm going to lose it. You'd been sent off once in your entire career before 2010. Why the need to start now?

When coach Peter Vermes took the captaincy away from Jimmy Conrad before the start of the season (and, maybe now we all see why he did so) and gave it to you, he chose you to lead this team. This team with so many new faces on the team. He needs, and all us fans need you to help everybody mesh together and play as a cohesive unit.

But Most Of All, Just Be Agressive.

After watching and re-watching your play the last handful of games, it pains me to say this, but you're almost playing scared out there. Scared to give away the ball? Maybe. Scared to go in hard and get another red card? Maybe. Scared that if you make one small mistake, the backline won't have your back and you'll concede? Maybe.

Whatever it is, you got to forget about it. And, for heaven's sake, and I can't say this enough - Play. The. Ball. Forward. Enough with the lateral passes to your buddy Jack Jewsbury where he gets the ball in a position in which he can do nothing with it. I, and I think most Wizards fans as well, would rather see you send that through ball into the final third and have it taken away by a defender, rather than seeing it roll helplessly around the midfield, accomplishing nothing but boosting our possession percentage stats.

Remember that first game of the season against DC United? You were aggressive, balls to the wall, full head of steam forward. You played Ryan Smith into wide open areas where he set up himself and Kei Kamara to score a goal a piece. Hell, you even scored one yourself. It was a great shot from a near impossible angle, but you struck it hard and confidently. You were able to do so because you were in an advanced position where you could make things happen. You can do no such thing from the center circle where you too often post yourself up these days.I realize you're somewhat out of position in the center attacking role, and that you should maybe be more on right of the midfield, pushing forward on the wing.

You have to make good of where you're slotted, though. Do something wild; do something stupid. If for no other reason, it might give us reason to get excited for a moment in a season that's already heading next to no where. The rest of this season is time to get it right for 2011.

Honestly, Davy, we all like you. You're a stand up guy and you even score me quite a few goals on FIFA '10 when I use the Wizards. I'd even say that next to Michael Harrington, you're my favorite player on the team. But, we need more from you. We're only going to ask nicely once.