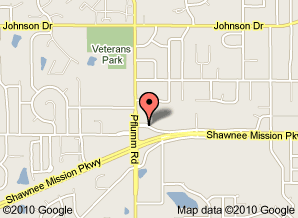 Notice: This is at the Shawnee Johnny's location (Shawnee Mission Parkway and Pflumm), and NOT the regular Johnny's at Power&Light.

For the second time in just four days, the Kansas City Wizards and the United States men's national team have a league game and international friendly, respectively, scheduled for the same time on the same evening.

Perhaps one of the greatest aspects about the soccer world (or ugliest, depending on who you ask) is the ever-raging debate of "club vs. country." As is the case in any city that has a club team in their country's top tier league, there are fans of the game in Kansas City on either side of that debate. So, naturally, how can you reach perfect harmony between both groups playing outside KC?

Obviously, you host a combined watch party, sell cheap beer and put half of the TV's on one game, half on the other.

The Yanks will take on Colombia at 7:00 pm central time, at PPL Park in Philadelphia. Half an hour later, the Wizards will play their rescheduled away fixture (to accomodate the friendly with Manchester United on July 25) against the Chicago Fire at 7:30 pm.

As was stated on the official Facebook event page, the Kansas City Chapter of the American Outlaws "...was one of the best represented chapters in the country this past Saturday..." when the US played Poland in Chicago. (Yours truly included.) The crowd in Philly for the Colombia clash should be considerably smaller, but the game itself might have far more to offer by way of storylines.

Regular starters Carlos Bocanegra and Steve Cherundolo have each left the national team early to head back to their club teams in France and Germany, respectively, allowing fresh blood, such as fullback Eric Lichaj, a chance to make his international debut with the US. The Americans played to a 2-2 draw against Poland on Saturday. They will surely look to get an early lead once again against the South American side but not relinquish it this time, as was the unfortunate case on Saturday night.

As far as the Wizards go, this game could be the season. After dropping three straight games following a 4-0-1 run, mathematics says they have to win out their final three regular season games, while the Colorado Rapids must lose their remaining two. The odds are certainly stacked against the team, which is all the more reason to enjoy, what may be, the final truly meaningful game of the season.

There is no better time to attempt to unite the two largest soccer supporters groups in Kansas City, than now, with a new stadium only about nine months away. Come be a part of it all. Check the Facebook page linked above for any food and/or drink specials available at Johnny's.