Could Guti Hernandez be the January Signing For Sporting KC?

Share All sharing options for: Could Guti Hernandez be the January Signing For Sporting KC? 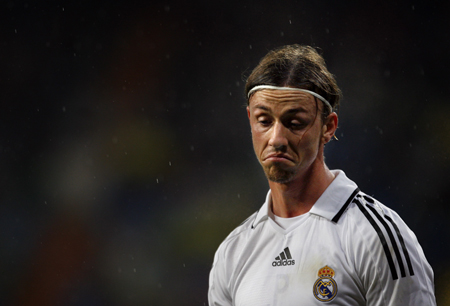 EDIT: Breaking News- 7AM - According to reports, Guti's Turkish club has terminated his contract. Hmmm..... sounds like Guti just may be Sporting KC's guy.

Okay, well as most of you probably already know, it sounds like Sporting Kansas City will be welcoming a new signing to the club in the January transfer window. Sporting KC CEO Robb Heineman posted the following on twitter on November 12th:

Ok.... one down, announced in January. Now, let's get Mr. Zusi taken care of. #Zeusretiresinkc

Besides the great news that it sounds like Sporting KC will be doing everything they can to lock up the one and only Graham Zusi, it was also interesting to know that there will be another addition made to the squad in January during the transfer window.

All of the Spanish DP talk initially started on November 7th when Heineman tweeted the following:

and btw, making an offer on a Spanish DP today....

Since then, there's been no shortage of talk about just who this Spanish DP may be. One of the Spanish names that I've been reading about most commonly talked about in regards to an MLS move is 35 year old Guti Hernandez. Guti, an attacking midfielder who spent the majority of his career with Spanish giant Real Madrid, is currently playing for Besiktas JK, a soccer club in the Turkey Super Lig. Hernandez has been linked specifically with Sporting KC on a couple of websites, and although I don't usually put much weight into the rumor mill, I did find something slightly interesting about the Guti to Sporting KC rumors.

Man was today better. Serious progress in spain and TONS of great fan emails. Thanks. I hope u r better today 2.

Now, of course this could obviously be pure coincidence. I mean, Guti is from Spain after all. There's a good chance that he could very well just be visiting his family, or vacationing, or doing a number of other things that a guy with a ton of money could be doing. But, I did find it interesting that Sporting KC were in negotiations with a player in Spain at the same time that Guti, a player who has been linked with an MLS move previously (and has actually been linked specifically to Sporting KC), just happened to be in Spain as well, especially since he plays his football all the way over in Turkey.

I know, perhaps I'm grasping for straws here, but I think it all makes sense. On November 7th Heineman mentioned that Sporting KC had made an offer to a Spanish DP. Guti would more than likely qualify as a designated player if he were to come to MLS.

Guti would also make sense given Sporting KC's current roster. One of the few positions I could see the club needing to upgrade would be a midfielder to play alongside Zusi. Roger Espinoza, and Davy Arnaud were essentially splitting time towards the end of the season, and although both players are solid, I could see how Sporting KC would feel like they could upgrade that particular spot.

If the Guti rumors end up being true, the only real concern about potentially adding Guti to the Sporting KC roster would be his age. At 35 he's a little long in the tooth, but I think the one thing that the loss in the Eastern Conference Final showed us is that Sporting KC were perhaps just a bit too young and untested. Adding a player like Guti, who has played at the highest level imaginable, and has had a lot of success doing it, makes a great deal of sense for such a young side.

Financially speaking, we'll have to wait and see. If Guti is KC's guy, then it's safe to say the Jeferson experiment is done. The two would probably play the same position in Vermes' 4-3-3, and it's not like Jeferson really gave the club any reason to get excited about the prospects of extending his stay.

Anyways, I'll probably end up being completely wrong about this whole thing, but I do feel like it's a potentially good fit if Guti is the guy Sporting KC have been in negotiations with. He's a seasoned veteran, he's played at the highest level, and he plays a position in which the club may be looking to upgrade.

Grasping for straws here? Probably, but hey, this is what the off season is all about, right?