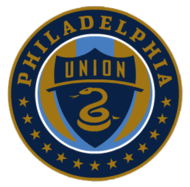 Here we are again, just a couple weeks removed from the most putrid display of the year, we return to PPL Park to bathe in the memories of our self-destruction. Although, there is another trophy on the line, the stakes are pretty much the same. Win and continue your path to ultimate glory, or lose and forget that previous failure with dire consequences. While I agree with Aurelien Collin that revenge is not Christian, it still is pretty awesome when it comes to sports (and soap operas from what I've heard).

While the US Open Cup may not carry the same importance as MLS championships do, it still is the ultimate goal of Sporting Kansas City to win every competition they enter in. First step, win the US Open Cup. Next step, 2012-14 MLS Cups and 2013-14 CONCACAF Champions League. Ultimate step, world domination, with Sporting KC crushing the 2014 Champions League winners in the Club World Cup. (Dreams don't have to be realistic, do they?)

I know that it may be hard to pull you away from all of the awesome sports on television today (hint: there are none.) or the beautiful weather (more likely), but feel free to join the dialogue here about the US Open Cup. Rules being, no mentioning how it still kinda sucks, or how Seattle ultimately will be disappointed no matter the result. (Just kidding, those are by far the funniest two things about the tournament.)

THIS TIME IT COUNTS!!

Editor's Note: Major League Baseball would like you to know the have ownership of this phrase and the ability to make you watch the entirety of a four hour exhibition game that was over fifteen minutes in. On the plus side, Kansas City still seems kind of awesome; it'll be good to see you once again in person instead of through the tubes.