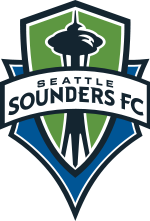 The narrative has been beaten to death. We know the storylines and it is a fitting end to a long run that Sporting Kansas City has to face the three-time defending champions on their homefield. There isn't much more that can be said.

Sure, you all may have the "terror" right now. Some of that can be attributed to me being in Kansas City for the game, which undoubtedly is a bad omen for us. So I'm opening this thread early just in case you have things that need to get off your chest. I'll attempt to stay in touch while I'm at the game and hopefully get some good pictures. Neither will likely happen.

I'll open this early so we can talk away the jitters. I'll be on here for the next couple hours since I apparently do not require sleep to function today.