Kansas City's new women's soccer team, FC Kansas City, unveiled a new logo, and it's much, much better than the original design.

Not a whole lot of analysis to give here, but more so a huge round of applause and credit to the front office people of Kansas City's new women's soccer team, FC Kansas City. The Blues are a part of the new National Women's Soccer League (NWSL) and the inaugural season is set to kick off in April. FCKC has yet to announce where it will play its 11 home games for the 2013 season, and they may well choose to play in multiple venues, perhaps a marquee matchup taking place at LIVESTRONG Sporting Park.

It's unsure how much FCKC will be covered on The Daily Wiz, but this chance to applaud the owners and decision makers behind the club was something that was much too admirable to pass up. If you haven't seen the original club logo, you can do so on the club's official Facebook page. Without being too harsh, it's really quite bad. The new logo has a much more professional, inspired design.

Reaction to the original logo was very negative, drawing criticism from every part of the soccer country. If FCKC were so receptive to such criticism, so much so they were willing to change the locale of their entire organization, surely they should not only be given credit for doing so, but also inspire in their fledgling group of supporters the confidence that FCKC are run by a top-notch women's soccer organization, and they're just as hopeful of getting everything right as the fans are. 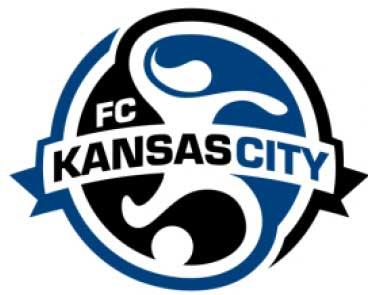 What do you think of the new logo compared to the old one? Would some otherwise put off by the idea of purchasing merchandise with the old logo, now be interested in showing off the new look around town?