Sporting Kansas City won't be changing too much before Saturday's MLS Cup matchup against Real Salt Lake, including their kits. 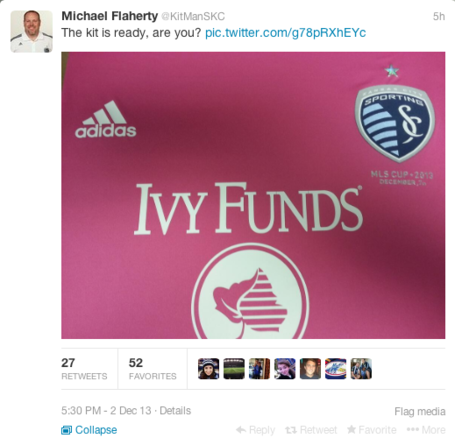 The only addition to the kit is the touch of silver underneath the Sporting Kansas City crest that reads, "MLS Cup 2013 December, 7th."

If you're not keen on the pink kit or the minor addition for the big season finale, you can rest easy knowing Peter Vermes' squad won't be wearing the "cursed" argyle black kits that the team has worn in two losses this year.

Question: Anyone notice the comma after December?