Thematic, professional, and distinctive: this kit hits all the right marks.

Sporting Kansas City and Sporting Club unveiled a new primary jersey for the 2013 season on Wednesday night. The new design reinforces the state line motif in the club's logo by adding a large field of dark indigo along the left side of the jersey and an offset band of indigo. It is a very sharp look that does not deviate too far from the rebranded design of 2011 and 2012, while reflecting the one-club, two-states concept the team has emphasized since rebranding in 2010.

The redesign is also significant in that it will be the first primary kit in the club's history with a shirt sponsor. The Ivy Funds logo, incorporating the same dark indigo colors from the rest of the jersey, is very well balanced and integrated into the whole design of the jersey.

The sleeves stand out as well; according to Sporting KC it is the "only adidas jersey in the world with the company’s iconic three stripes shown in a different color on each sleeve." Only one photograph shows the back of the jersey, but the number font with a drop shadow is very appealing.

In all it is a unique and professional look for the team and the league.

All images via sphotos-a.xx.fbcdn.net courtesy of Sporting KC and are available on their Facebook page. The jerseys are available for purchase through SportingStyle. 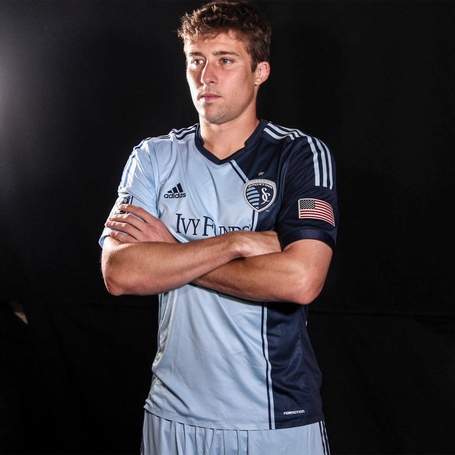 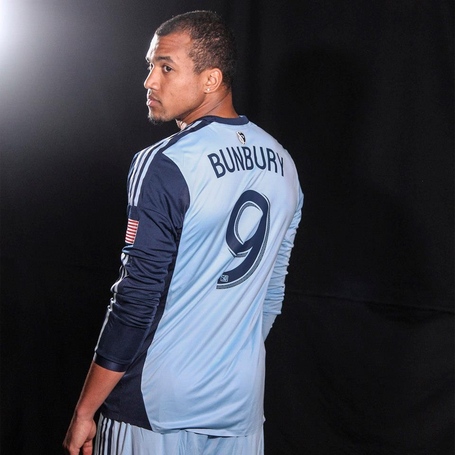 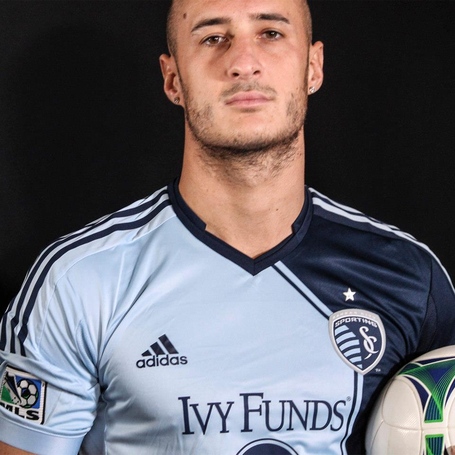 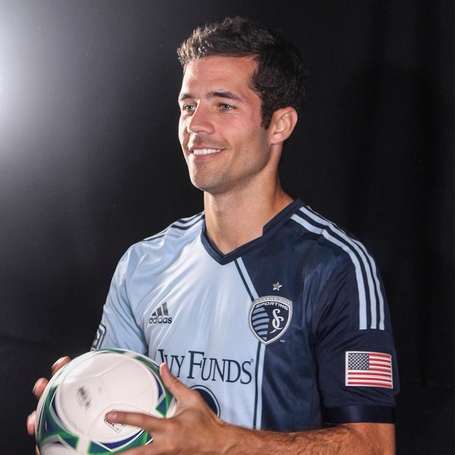 The second (road) jersey remains the unchanged from its reveal at the MLS SuperDraft: the same dark indigo jersey from previous years with the Ivy Funds sponsorship added in Sporting Blue. A third jersey has also been created and will be revealed at a later date in 2013.

What do you think about the new jerseys? Offer your thoughts below.