Total decimation of the midfield is one of the talking points following Sporting's 3-2 loss to the Red Bulls.

Peter Vermes had some choice words after this match. Words like "Unacceptable" and "Horrendous" were thrown out. He even apologized to the fans (Another Sporting Park record attendance) for the play of Sporting KC. Following a 3-2 loss where the scoreline looked better than the match, Sporting fell to second in the conference thanks to some help from Chicago and DC United. It could've been a lot worse, but there's still lots to talk about.

1) The two faces of Benny Feilhaber

I'm so hot and cold on Benny Feilhaber I'm surprised it's not in a verse of a Katy Perry song. I've been advocating for him to get playing time the past few weeks, yet he's been so inconsistent that you never know which Benny you're gonna see. This match it seemed like he completely disappeared from the pitch except for some infrequent moments. He was brought in for matches like this, where Zusi would be unavailable. No one expected him to be Zusi caliber but he needs to be more consistent. He has the ability, just consistency is all I ask.

All three New York goals came on counter-attacks. All three of them came on defensive lapses that allowed the scorer to be one-on-one with Jimmy Nielsen. Peter Vermes needs to really reconsider the offensive strategy of pushing both centerbacks up while leaving Seth Sinovic as the last line of defense during offensive pushes. When an opposing team plays a high line with their forwards (i.e Portland, New York), Sporting gets burned on counterattacks. Teams are figuring out how to beat the 4-3-3, and bit of a change in the back needs to be made.

Thanks to those three teams mentioned above, Sporting only fell to second place tonight instead of a possible fourth. They also stayed only two points down to Real Salt Lake in the Supporters Shield race and sit third in that respect. Here's a look at both tables to give you some perspective on the standings. 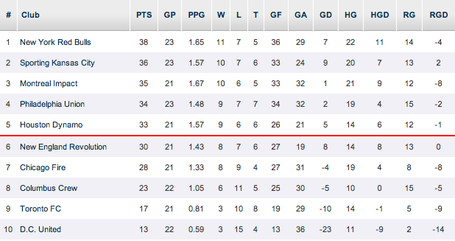 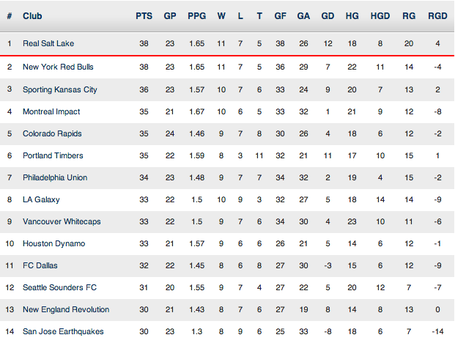 With eleven matches left in the season there is still plenty of time to get back where they want to be. There's also plenty of time to flame out, miss the playoffs and fire everybody but let's not talk about that...

The past two weeks have been missed opportunities for Sporting. They had the chance to put some distance between them and the other teams in the East as well as gain ground on Real Salt Lake. However two straight losses to the other top teams in the Eastern Conference have left them in second place in the middle of a packed top of the table battle. Like I said earlier, it could've been a lot worse after tonight's game (Seriously, thank you DC United) but all the same Sporting wasted two good opportunities to do some damage.

5) Time once more for the Jerome vs. Chance debate

Chance Myers has not looked up to par the past two matches. His mistake at the end of the Montreal game allowed a point to be taken away from Sporting at the end of the match. To be truthful the rest of the game he was decent, but that mistake sticks in minds. Today he was part of the tri-fold of defense lapses that seemed to encompass all three goals (Rosell, Myers, Collin) and it begs the question if Mechack Jerome could've done better. Jerome will most likely get playing on Wednesday in CCL play, but maybe it's time to try him out more at the league level. 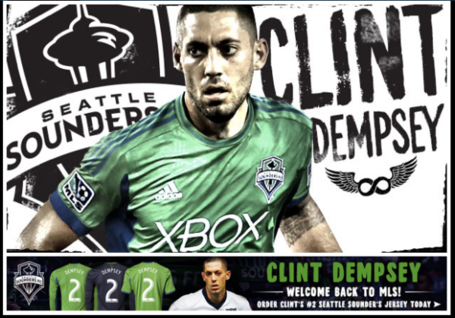