SKC has outscored the Impact 7 - 0 in two games and ran up the stats in a dominant win.

Well, not much more one can say about that, is there? I don't know. For controversy I'd say that maybe the ref should have let the goal stand after it was bobbled into the net (which was hilarious in and of itself I think. wtf Perkins?) and just given Warner a yellow card? But I can barely say that with a straight face.

Seriously though. Warner with Save-of-the-Week there? I don't even know. 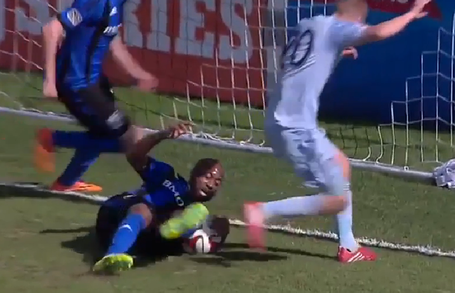 Anyway, dem pass stats huh? I mean, it's crazy. I'll just drop the numbers and let them do the talking. 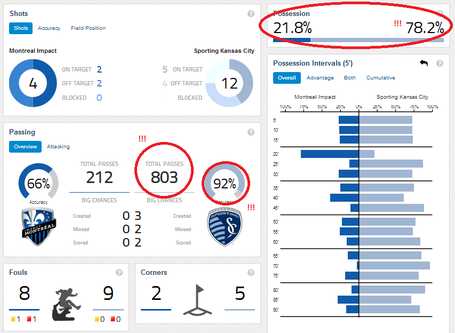 For some reference, Barcelona and Bayern both hover just under about 90%. I mean, obviously SKC isn't at that level or anything, but that game was a clinic on passing, both in terms of short, smart, safe, possession oriented passing and excellent through balls, switches, crosses, everything. It was just... beautiful.

Also, speaking of Barcelona, this happened. 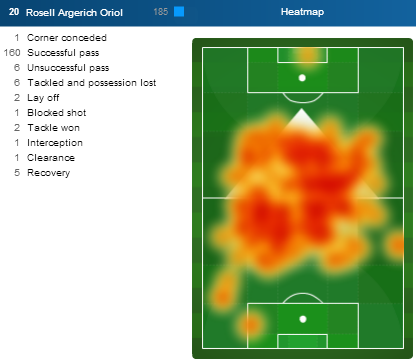 Just awesome. I won't harp on it much more than that, and I know it's hard to read much into a game where a terrible team goes down to 10 men before some fans have even taken their seats, but it was a really Dom-inant (GET IT!?!) performance.

Speaking of Dom, is there anyone playing with more pluck and swagger than him? Oh lord I just said pluck... But seriously, when he's switched "on", he's been a bulldog this year. I'd love to nickname him "The British Bulldog" honestly, but I'm not sure if he's a wrestling fan :| In any case, his second goal was just class, and the penalty he took wasn't too shabby either.

So let's look at player ratings, shall we? I will note that I think Uri is very underrated, and the one flaw with the system I've got is that people in his role of holding/kind-of-sort-of-D-mid don't get rated as high as they probably should, just because their performance doesn't get reflected well in the stat metrics... But here we are none-the-less.

So there you have it. Dom Dwyer with man of the match honors for bagging two goals. Honorable mention to Chance Myers for some good defensive work and the assist on the Nagamura goal. I'm not sure there's really much else to re-cap. It was just, overall, a really, really good performance. The kind of performance you expect from a great team matching up with a... well... junk team. Will Klopas last the week? I'd actually be curious to know how many coaches in MLS history have been fired after a loss to Kansas City... maybe I'll do some digging some day and find out? Would be interesting to note how many folks we've gotten fired over the years...