So what happens when you try to craft national teams filled only with players currently playing in America? Madness.

Share All sharing options for: 2014 FIFA World Cup : Made In America

I don't know why I did this, other than I was curious.

And it's flawed and terrible and a thought experiment only, and I apologize.

But what if, to cut down on travel costs or something, we tried to craft World Cup teams for every nation using only players based in the United States?

We... almost could. In fact, given the number of immigrants playing semi-pro, amateur, college, indoor, rec league, pickup, etc. I'm totally sure we could do it for every Nation. But I really tried hard to pick only guys playing at the highest levels I could find.

So going into this, understand that I made no attempt to play people in their correct position, and in some cases we wind up with folks doing the old Mike Magee midfielder-to-goalie switcheroo. In some cases I even put a goalkeeper in a field position! Madness. Chaos. Dogs and cats. All that good stuff.

Like I said, this was really just a thought experiment for me, but it did give me an excuse to dive into the American soccer pyramid as well as go through the Indoor league and college ranks and learn a bit about teams and players I really know less than nothing about. And it was kind of a fun way to burn some free time. Lots of free time. If I had more free time I'd try to sim these teams in Football Manager or something, but oh god... now I'm thinking about doing that. Damn.

Anyway, here's the teams with some thoughts and notes. If you see a guy you don't recognize, Google them, educate yourselves. Or don't. Most of them play in USL-Pro, NASL, NISL, or in college.

Algeria - Couldn't field a team. Only guys I could find were Adda Djerziri and Hakim Hammadi. Interestingly though, Matteo Ferrari was actually born in Algeria and technically would be eligible for them. 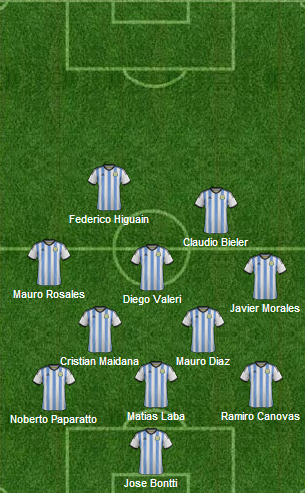 Lots of guys available, wasn't really sure who best to throw out, so I just kind of spitballed. That will be the case for a lot of teams, actually. 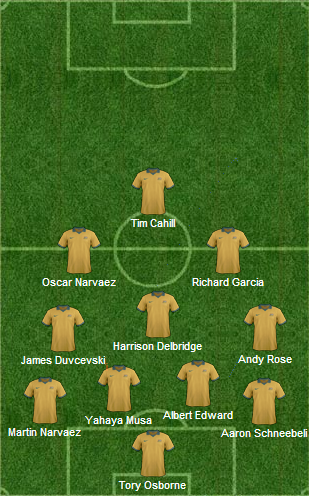 Had to dig a bit for a full team, but I got some guys together. No real forward, but Cahil could slot in up top comfortably enough I think. 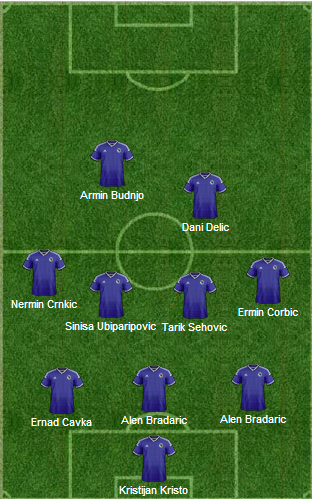 Hard to field a full team here, Kristjian Kristo isn't a keeper. Most of these guys are from St. Louis, which really shouldn't be a surprise. 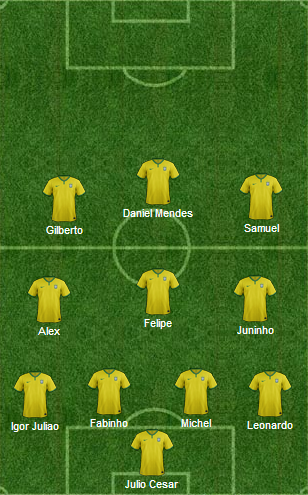 Again, lots of options for Brazil, not really sure I chose the best team. You could argue Julio Cesar shouldn't be on here either as he's back to QPR after the WC, but there's lots of Brazilian GKs in the lower leagues. 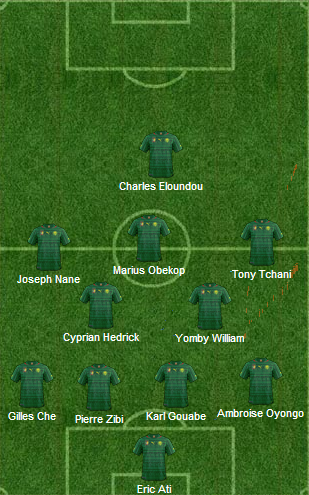 Just enough players found to field a team, though Karl Gouabe is actually a keeper with Thunder Bay...

Chile - Sort of surprisingly, to me, at least, I couldn't find enough players for a Chilean team. Got Sebastian Enoch, Pedro Morales, Jorge Galvez and Carlos Farias. 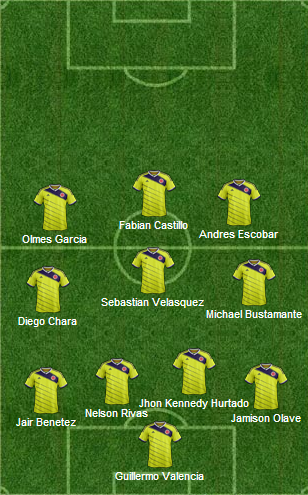 Again, a lot of options for a Colombian team except finding a keeper was tricky. I wound up getting silly and sticking Guillermo Valencia in. He's actually the Keeper coach for the NY Cosmos, but what the hell. This should have been Faryd Mondragon, of course. Curse you Philadelphia Union. 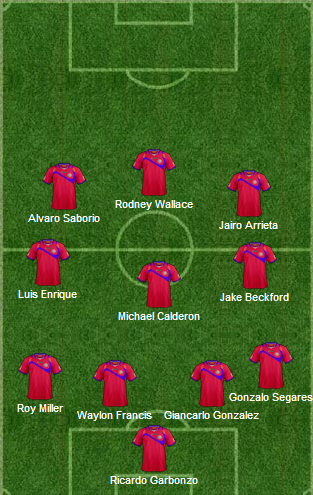 Again, I was a little surprised it was tricky to field a Costa Rican team, but I managed to, more or less, find some guys. Keeper was hard. Ricardo Garbonzo is not one, but he'll do in a pinch, right?

Croatia - No team to speak of, unless we want to run Nikola Katic out there on his own. Maybe we do.

Ecuador - Close, but not quite. The 9 man roster looks like this - Oswaldo Minda, Joao Plata, Jose Ribas, Jaun Carlos Intraigo, Felix Dalgo, Frank Rodriquez, Radley Pazimino, and Ricardo Zamonino. JC Intraigo is actually a keeper with the Cape Coral Hurriances, so it was frustrating not finishing this one. If anyone has any thoughts for players, let me know. 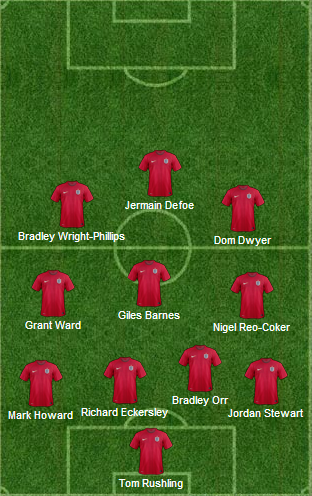 Again, lots of guys to pick from, hard to pick the right XI. England looks good on offense, but light on defense. Make of this what you will. I'm sure there're folks out there who could pick a better lineup. 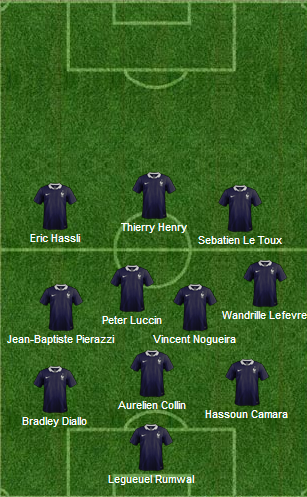 I was actually a little surprised France was represented this well, but it wasn't too hard to find enough guys to round out a squad, except for Legueuel Rumwal, who's the keeper for the Knoxville Force. He was hard to find. 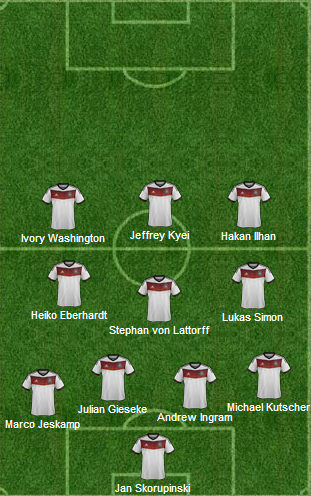 So Germany was a tad hard to find top notch players for. Still, with German efficiency, I'm sure these guys would rock it, right? 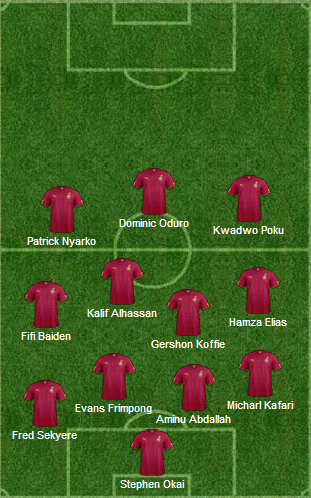 Ghana is another side that has a field player in keeper. Pretty good looking side too, I think. Except for, you know, midfielder keeper. 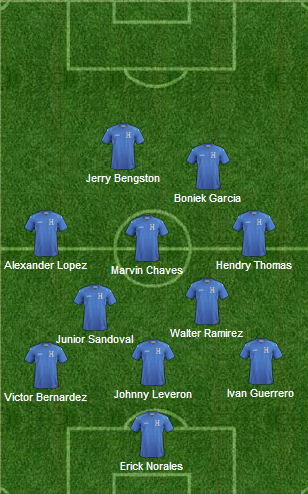 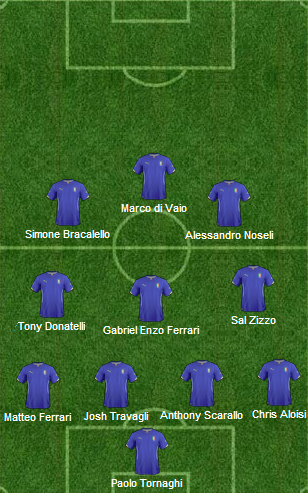 Just barely made it, but I got a full squad. I'm sure if you canvas NY/NJ you could find other guys as well. Sal Zizzo has an Italian passport. Who knew? Most people, probably... You know who else could play keeper for Italy? Hope Solo. Think about that.

Iran - Yeah, again, hard to find enough guys here. Steven Beitashour of course, and then Mehrshad Momeni and Mohammad Roknipour, with Mohammad Mohammadi as the keeper. 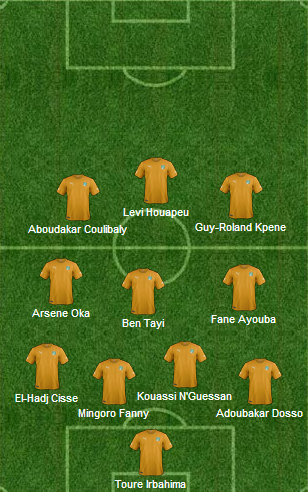 Actually a case of a keeper playing in the field here (Mingoro Fanny) and perhaps not the most professional side, but still, gotta love their chances. 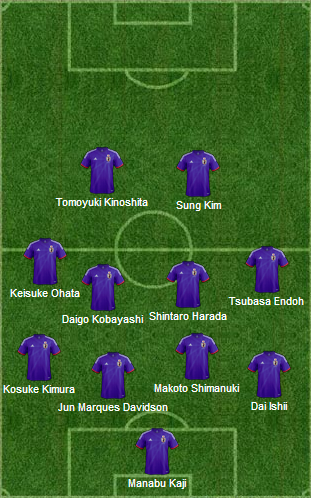 A bit of an ad hoc team, but we got it done. 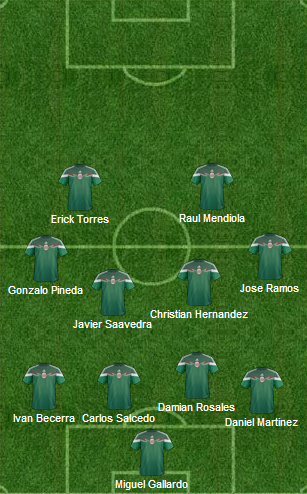 I was actually a little surprised at how not satisfied I was with the Mexican lineup, so I'm sure I'm missing some guys. Let me know what you'd change here, there's got to be a better way.

Netherlands - Yeah, another no go. We have Erwin Boonacker, Daan Drinkman, Collins John and Risaert Wiejers with Marcel Feenstra in nets. We could throw in Dave van den Bergh I suppose if we really wanted to, but talk about a dark horse team... 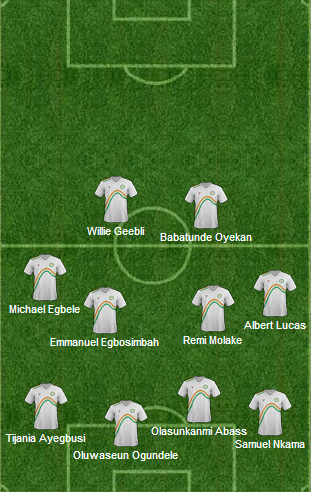 Probably not as good as possible here. Gah! I just noticed there's no keeper... That's actually okay, there really wasn't one I could find anyway... let's say that spot belongs to... Uchenna Uzo of Coastal Carolina. Because reasons.

Portugal - Another one I only got halfway there on. Jose Goncalves, of course. And there's also Daniel Goncalves (keeper from CCNY) (no relation, I don't think at least...). Nuno Gourgel, Ricardo Cardona, Edinho Junior and Dwight Ceballo are the other contenders.

Russia - Dmitry Projofyev standing around by himself. 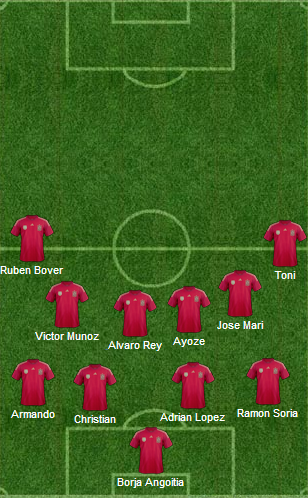 Spain comes out in a 4-6-0, because of course they do. There's probably a better way to mix this up.

Switzerland - This would just be Stegan Frei sitting down between the goal posts with no teammates to speak of. He should be used to that with his time with Toronto FC! I kid, I kid. Sort of. Oh, fine, we'll add Dennis Iapichino and Karel Manrau. Those three can hang out and pick dandelions. 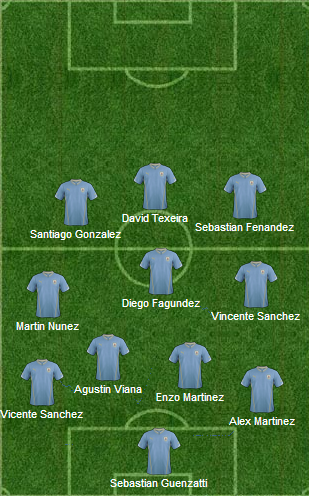 Actually a pretty good squad for Uruguay I think. Perhaps attack heavy. Well, really attack heavy, with only Agustin Viana as a true defender. But still, not bad. 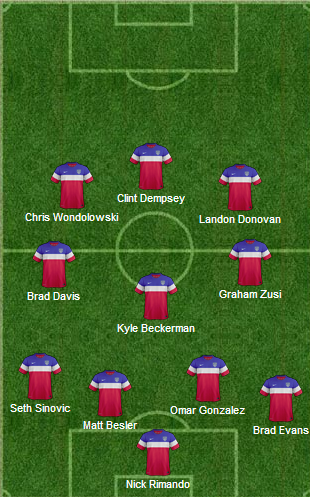 I'll be honest, I didn't give much thought to this because there are so many options that there would never be a consensus XI to come out of MLS. But I'd love to hear your thoughts! Hell, just identifying good LB/RB options would be a huge help for Jurgen Klinsmann...

Annnnnd, there you have it. Most nations repped in the WC by only players currently plying their trade in the US. What do you think? Who'd I miss? Who'd you change? I honestly spent more time on this than I thought I would, but I got a bit of a kick out of it, and maybe even learned a thing or two. Here's to hoping you did too. Or not. Either way is cool.