Hey look at that, Sporting Kansas City has another injury.

It was announced today that Sporting Kansas City keeper Eric Kronberg fractured his fourth metacarpal bone in training and will be out for eight weeks. Andy Gruenebaum is expected to take over the starting role until Kronberg is ready to return. Third string keeper Jon Kempin has been called up from Oklahoma City and will serve as backup.

This shows exactly where Kronberg was injured, the bottom bone on the ring finger in his left hand which connects inside the hand, making it a much more serious injury than a simple broken finger. 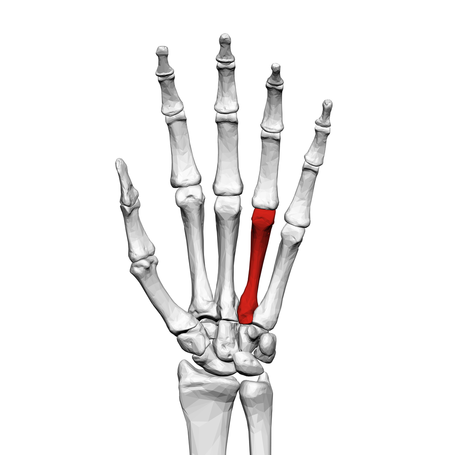 Wikipedia also provides us an X-Ray of a fractured metacarpal. Kronberg's may or may not be in the same place but we can get an idea of where in the hand the break may have happened. 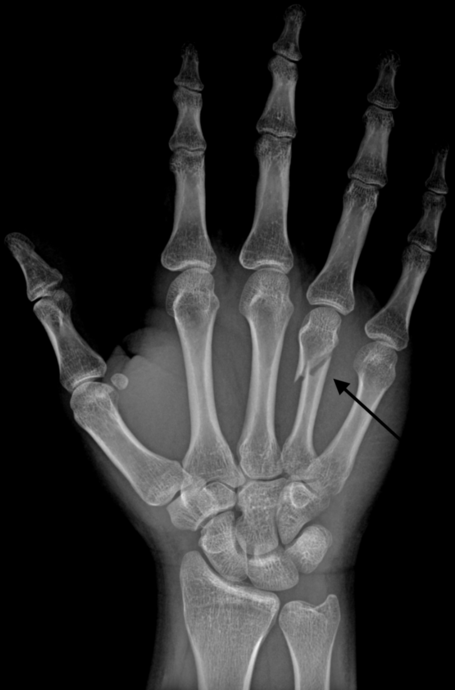 As you can see, a lot more serious than just a broken finger.

In the next eight weeks, Sporting Kansas City has nine league matches, a friendly with Manchester City and their CONCACAF Champions League opener with Real Esteli. It will be interesting to see if Jon Kempin gets the start against Real Esteli, since in years past most non-league matches have gone to the backup.

This will also give Andy Gruenebaum an extended look at the starting position, which will be another interesting development to watch.

At least Kronberg still has his humor about the situation.