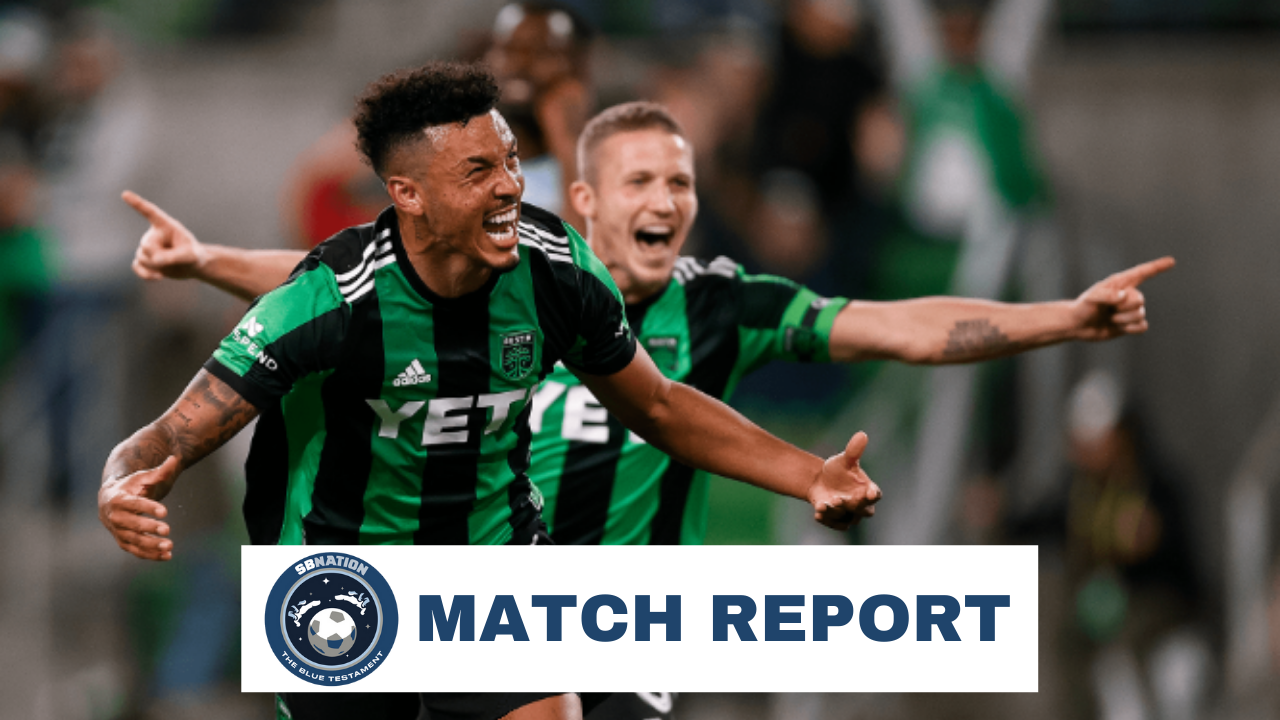 Celebrations after scoring a goal

The result means Sporting KC now trail the Seattle Sounders by a point atop the West going into Decision Day on Sunday, while they also relinquished their goal-differential advantage. For Austin, long since eliminated from playoff contention, their home expansion season ends on a positive note with a ninth win of the campaign.

With Nick Lima a late scratch, Austin deployed usual frontline attacker Jon Gallagher in the back four along with usual d-mid Alex Ring, but got out on the front foot with a wild first-minute goal. Diego Fagundez sent a pass from the left flank to Jared Stroud, positioned near the far post, and he launched a looping header that rainbowed to the other post, where Driussi ran in to finish with his head.

Austin used their heads again on the second goal just over 20 minutes later, when Cascante got on the end of a Zan Kolmanic set-piece cross for his second goal of the season. And in between those two goals, Stroud nearly got his first goal of the year, striking the post on an 11th-minute attempt.

Johnny Russell had a prime chance to bring SKC to the scoreboard in the 39th minute, but Brad Stuver bested him in their 1-on-1 duel and took the clean sheet into the locker room.

Stroud would finally get his elusive first goal of the year in the 60th minute, when Austin FC sprung on a counter and Fagundez found the sprightly winger for the finish.

But Russell clawed one back for SKC five minutes later, when Luis Martins sent in a cross that curled to the Scotsman's waiting head, extending the theme of headed goals to both rivals. The scoring ended there, though, as Austin's defense – which probably won't be composed quite this way ever again – held up.