With the heartbreaking defeat at home against Real Salt Lake in the Western Conference semifinal, the time of being out in the stands with all 18,000+ supporters has come to an end. This article will be a reflection and a thank you letter to everyone I have encountered this year.

With this being my second year of being a season ticket member for Sporting Kansas City, I was fortunate enough to add a second ticket to my package. At the start of the season, I knew I would need a ride to the games because I didn’t have my driver's license — which I now proudly have after many tries. The reason I got the second ticket was for my father, who most people that know him would think he would never get into soccer. Ever since I started getting back into soccer in 2012 my father and brother would always joke and make fun of the game for its "silly" rules, the game ending in ties, and how all the players would fake injuries. I would laugh it off and just go on with life, but at the end of the 2020 season, my father said he was interested in joining me. I was happy to hear this so I could finally get him to stop making fun of the sport I love.

We went to the home opener and he was still on edge about the game because he didn’t know some of the rules like offsides and how the foul system works with playing advantage. After the first month of the season, he was hooked. He would ask me about tailgates with the Cauldron, how the entire league was shaping up, and asked about national team representation. In the middle of June when the US Men’s National Team announced that it would be playing its group matches for the CONCACAF Gold Cup here in Kansas City I asked him if he would want to go, to which he said yes. I was glad because we now got to cheer on our country for the first time in person and see our own player, Gianluca Busio, play in his first USMNT game. I have never heard my dad yell and be passionate than those three nights in July. The next home game after those USMNT games he got his first Sporting KC jersey which I would have never thought to see him wear. 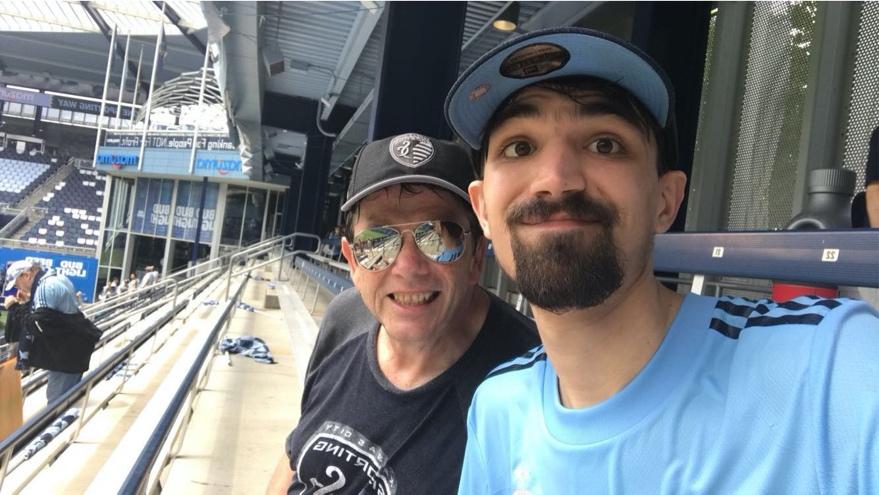 If my father didn’t attend the games with me, I would take my girlfriend or my pastor who is also a diehard Sporting KC fan. I have been dating my girlfriend going on three years now and earlier this year I had gotten her parents blessing to marry her. I decided that I was going to propose to her at the final game of the regular season, on Decision Day, and that would be a major decision in our life. Sporting games for us were special because she got to learn about the game I love. I asked my Season Ticket Rep if I could have some assistance in the event and I was able to have a special private moment with her in the stadium next to the field before the game and propose to her which she said "yes" to! Even though the game didn’t turn out the way we wanted it to that game will forever be in my memory for that reason. 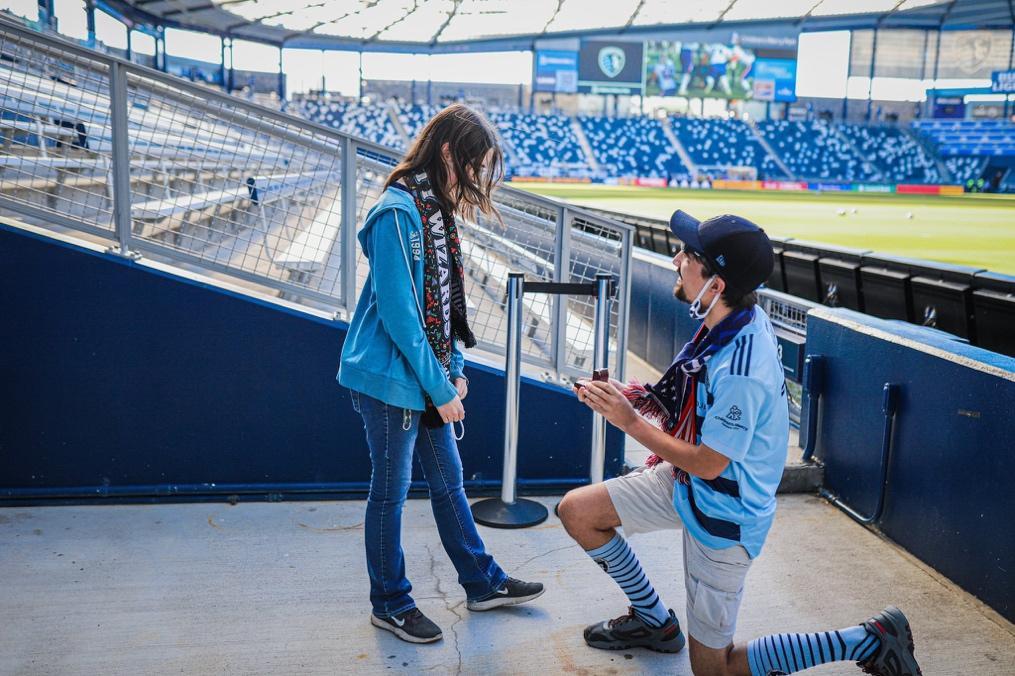 As the regular season came to an end and Sporting had the opportunity to host a playoff game, I immediately said to myself that my dad has to go to the games because there is always something special with playoff soccer in Kansas City. When we went to that first playoff game we could feel the electricity and excitement. After the 3-1 victory I was sad that I wouldn’t be able to go to these games with my dad until next year, but by golly Real Salt Lake surprised us all on that coming Tuesday, and there we were back at the stadium that Sunday. That game versus Real Salt Lake, I saw my father turn from a fringe soccer fan to a soccer fanatic. Even though that game ended our season, that game planted a seed in my father’s life of being a Sporting KC fan forever. I now catch my dad watching random soccer games from the Premier League to a CONCACAF Champions League game between a Liga MX team and Canadian PL team.

So thank you Sporting Kansas City and the Kansas City Cauldron for an incredible season to remember and for giving me the means to build my relationship with my father back to where it used to be.